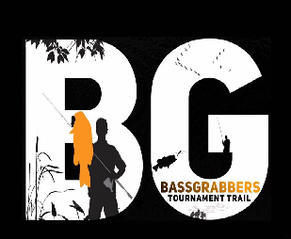 On December 23, 2010 an idea was born from a young cat fisherman from Fort Worth Texas named Rus Prater who was just starting to explore in the world of bass fishing. Prater started bass fishing in the spring of 2009. While learning at small ponds, Prater’s competitor instincts began to spawn ideas. Prater studied about fishing tournaments and learned that all he could find was from boats only. His younger brother Tony Prater Jr. found out about a local bank fishing tournament at Benbrook lake for 2-man teams. They registered themselves and their team name “BassGrabbers”. As it turned out, the “Director” never showed and the money that they had spent online for the event was simply stolen. It became very discouraging but Prater had a plan!
Soon, the idea grew into getting a group of guys by using the Texas Fishing Forum and found some people who had the same ideology. Prater decided to use the name BassGrabbers to remind him to be true to his vision. BassGrabbers not only became the first Bank Fishing tournament to hold monthly events in the United States, it became the FIRST EVER bank fishing tournament trail in the world! In the same year BassGrabbers held champions in 3 different divisions: ponds, streams, and lakes. Over time, it developed to where all waters were even. The prestigious Angler of The Year and Rookie of the Year started up at the end of the 2011 season. Each tournament was 3-hour big bass event held at various places in North Texas. Years following, limits were added with additional rules and regulations.
We have seen the tournament grow up and grow apart but we have never seen it go away. In late 2017, Prater stepped away from BassGrabbers to focus on other endeavors and projects. After Prater took a hiatus from tournament fishing and directing, new key players emerged. Joel Rodriguez (Prater’s Teams Trail teammate) was given the task of running the club and reuniting his club with former BassGrabbers to create a merge for a BassGrabbers 2.0.
After Rodriguez resigned from his position, A new leader emerged from the group. Enter Jon Gilmore. Gilmore has been the forefront of BassGrabbers becoming a household name and beyond. His bold dedication to bring in sponsors and support for the group proves why there is no one better for this role. Jon has provided BassGrabbers with excellent leadership and has brought many more Trail platforms to the group but most importantly has established the group into a club. In this process, Rus Prater Sr. (Now labeled “The Godfather” was able to come back to BassGrabbers in the role of Senior Adviser of Operations. Now the Administration is operated by several people!!
During this time, we have seen just a simple idea that started out with 7 guys, has given us the ability to expand into a machine that is now Nationwide and headed into the rest of the world! We gladly welcome anyone without discrimination of any kind. Over time, many groups have appeared on the scene but have never topped BassGrabbers Tournament Trails. BassGrabbers Tournament Trails has fully established itself as the “Premier Club of Choice”!